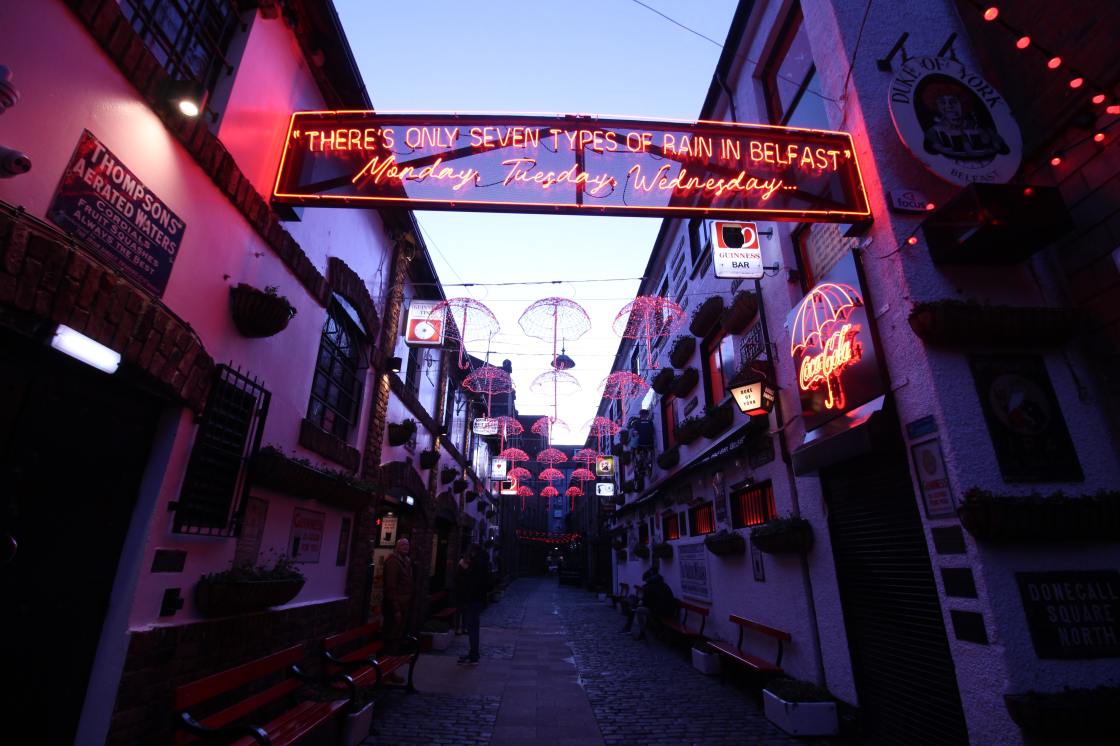 What I learnt from my first solo trip.

The good, the bad and the pressing urge to do it all again.

Sitting at home the night before my flight from Birmingham airport to Belfast International, I probably experienced every emotion you could possibly think of.

But at the forefront of my mind was this overwhelming sense of ‘What on Earth have you done?’

The sudden realisation was that I’d chucked £250 away on a trip I couldn’t possibly enjoy because I was doing it on my own and by myself, and that feeling followed me right until I checked into my hotel in Belfast city centre.

My first night was spent sat in my room eating sushi and watching Coronation Street. I was comfortable, content and ready for the excursion I had planned for the following day. Would my night have played out the same way if I had company? Hard to say.

My biggest worry was that I wasn’t going to speak to another person for the whole week.

I was scared that I was going to be stuck in my own company, going out of my mind, desperate for a conversation.

But that couldn’t have been further from the truth.

I embarked on an excursion on my second day in Northern Ireland; a trip to the Giant’s Causeway with various stops on the way led by McComb’s coach tours. Coach driver Troy ensured the trip was entertaining and engaging and made time to converse with me at each stop along the way.

Alongside my conversations with Troy, I met two girls from Ohio – Alison and Mary – who invited me for a cocktail with them after the excursion.

I was overwhelmed at how easy it was to speak to people.

In hindsight, this is a silly one.

Getting lost in Belfast was probably one of the best things to happen to me throughout the trip.

There was the temptation to get out my phone and fire up Google maps, but not doing so allowed me to concentrate on the things I was seeing in the city, which ultimately led to me getting to know Belfast better.

But getting lost always seems the slightest bit less scary when you’ve got company, doesn’t it?

Maybe this experience is something that will make me feel more comfortable with getting lost in years to come, and I’d definitely recommend getting lost in a new city to everyone.

Again, another silly one because surely we should all have learnt by now not to care about what other people think, but it was still something in the back of my mind.

You know when you see someone eating alone and pity them, thinking they’re lonely and vulnerable?

That’s how I thought people were going to look at me.

But if they did, I didn’t notice. And, quite honestly, the trip has taught me not to care, too. I think I was too distracted by planning my next excursion to care about other people, so it paid off beautifully.

There’s no need to answer to anyone

Gosh, it was like moving to uni all over again. But even better.

It almost sounds a bit nihilistic, but travelling on my own gave me the freedom to do what I wanted, when I wanted without having to squeeze in other people’s plans on the way.

If I wanted to stay in with a film and a takeaway I could, but equally, if I wanted to go out and do something, I could. There were no compromises and that made the trip all the more special and enjoyable for me.

How to really talk to people

I’ve already mentioned this, but really and properly speaking to people is the one thing I’m really going to take from this trip.

Going away with a companion, of course, doesn’t stop you from speaking to people, but it often closes off the opportunity for the conversation to start.

The aforementioned Mary and Allison invited me out with them because they could see I was on my own; something they probably wouldn’t have done if I was with a friend.

The opportunity to speak to people was extended further when I took part in a Troubles walking tour of Belfast.

My guide Mark from DC Tours was so well informed on Northern Ireland’s history and weaved in his own stories from the Troubles, which made the tour all the more interesting. Mark has since agreed to take part in an interview for a feature I’ll be writing about the Troubles in the near future (so stay tuned for that).

How to comfortably exist in my own company

In the past, being on my own is something that’s scared me. I have a tendency to feel ‘trapped’ in my head when I have no-one else to talk to, which can result in me feeling lonely and down.

But by going away by myself, I’ve learnt that keeping myself occupied is what it’s all about, and that’s given me more time to see the sights as well.

Even something as simple as going for a walk has done wonders for teaching me to embrace my own company and this is a practice I will continue to uphold in weeks to come.

It sounds dramatic considering I only went to Belfast, but new cities are daunting, whether they’re in the UK or not.

There’s the panic of using a new public transport network, the worry that there’s going to be a change in etiquette compared to your home town (queuing at bus stops, anyone?) and the overall fact that you’re on your own, hundreds of miles away from home where your family are.

But when you’re actually in these situations, the logical parts of your brain deal with them a lot better than you might think.

All in all, taking a trip on my own has taught me that the world isn’t out of reach just because I’m companionless. I’ve learnt to appreciate myself more and that I need to give myself more credit for actually doing the things I want to do, rather than just talking about them.